China has just announced that it is giving up its infamous one-child policy. While the Chinese government has been creating more exceptions to the one-child rule in recent years, this is the first time officials have announced that all couples may have two children if they so choose. The change is being applauded around the world, but it raises the question: Is this really a good thing? 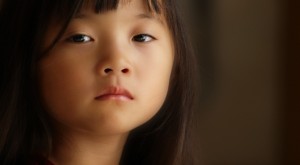 Of course, China has enforced its one-child policy in unacceptable ways. Forced abortions and forced sterilizations are simply assault and clearly violate human rights. Still, the idea that people should limit the number of children they have to just one is not, I would argue, a bad one, for the Chinese or for the rest of us.

The most recent estimate from the United Nations says we’ll reach a population of 9.7 billion by 2050. And we just reached the population milestone of 7 billion in 2011, meaning it will take just less than 40 years to increase our population by almost 3 billion people All of this from a world population of about 1 billion in 1800. China now constitutes 19 percent of the world population, and so a change in the country’s fertility rate will likely bring about that 9.7 billion even sooner.

The sad truth is that trying to support this many people will bring about environmental disaster. We can see the damage that is already being done by our present population of “just” 7.3 billion. We all know about climate change with its droughts, storms, rising sea levels, and heat. But it’s also soil depletion, lack of fresh water, overfishing, species extinction, and overcrowding in cities.