Help wanted: World is getting worse, but this time America won’t save it

I cannot imagine any thinking person who does not believe the world is getting worse. 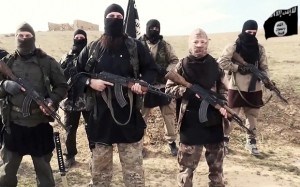 The Islamic State of Iraq and the Levant is now active in eastern Libya.

Islamic State now controls territories from Afghanistan to West Africa. Libya is in the process of being added to that list. And other sadistic Islamist movements hold additional territory.

According to Pew Research, approximately 10 percent of world Muslims have a favorable opinion of the Islamic State and terror against civilians. That’s more than 100 million people.

The Iranian regime has just increased the reward it will give to anyone who murders Indian novelist Salman Rushdie, is increasing its repression at home, now has more than a hundred billion additional dollars to spend on terror and regularly calls for the annihilation of Israel.

Iran just received from Russia the most powerful anti-aircraft weapons that exist outside the United States, making a successful air attack on Iran almost impossible.

Europe is allowing in another million migrants from the Middle East, few of whom share Europe’s primary moral values. One consequence is that European women are being sexually attacked in increasing numbers. Another is that European countries are making criticism of Muslims or Islam — no matter how rational the critique — a crime punishable by jail time and/or fines.

The only thing stopping regular mass murder of Europeans and Americans is increased European and American police work. And no one believes that this will suffice to prevent future attacks.