Education is the GOP’s Trump card with minority American voters

Who would have thought that Donald Trump, of all people, would be addressing the fact that the black community suffers the most from a breakdown of law and order?

But sanity on racial issues is sufficiently rare that it must be welcomed, from whatever source it comes.

When establishment Republicans have addressed the problems of blacks at all, it has too often been in terms of what earmarked benefits can be offered in exchange for their votes. And there was very little that Republicans could offer to compete with the Democrats’ whole universe of welfare state earmarks.

Law and order, however, is not an earmarked benefit for any special group. It is a policy for all that is especially needed by law-abiding blacks, who are the principal victims of those who are not law-abiding. 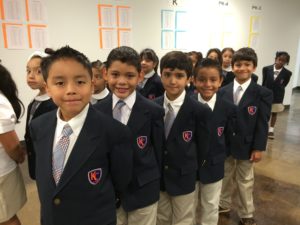 Education is another area where something that is needed by all segments of the population is especially needed by blacks and other low-income minorities. In other words, here again there is no need for a divisive policy of earmarked benefits, in order to attract new voters into a “big tent.”

No matter what policy Republicans follow, they are not going to win a majority of the black votes this year, nor perhaps even this decade.

Nor is that necessary. Just an erosion of the Democrats’ monopoly of the black votes can benefit both Republicans and the black community, who are currently taken for granted by the Democrats. Republicans may also get more white votes if they are no longer seen by some as racists.

Education is an issue with little, if any, down side for the Republicans, because the teachers’ unions are the single biggest obstacle to black youngsters getting a decent education — and among the biggest donors to the Democrats.

Among the few signs of educational success for low-income minority children in the public schools are the KIPP and Success Academy charter schools. But teachers’ unions are bitterly opposed to increases in the number of such schools, and Democrats do what the teachers’ unions want, because money talks.

As long as blacks vote automatically for Democrats, while the teachers’ unions insist on getting their money’s worth, it is all but inevitable that the education of black children will be sacrificed in the public schools, wherever Democrats are in control.

Republicans have nothing to lose by taking on the teachers’ unions, which donate more than 90 percent of their money to Democrats. Again, Republicans may not win a majority of the votes of even those parents who have children in the public schools. But that is where any inroads into the black vote can begin.

Here, as elsewhere, a journey of a thousand miles must begin with a single step. That step should include appeals not only to black parents with children in successful charter schools, but also the larger number of black parents on waiting lists for charter schools, and anyone else in the black community who understands that a good education is the key for the next generation to advance.

Even after President Franklin D. Roosevelt won over black voters in FDR’s 1936 landslide, Republicans continued to get a significant share of the black vote over the next 20 years. But not in recent elections.

Someone on CNN said that if Trump were serious about wanting the black vote, he would address groups like the NAACP. That was in fact a big mistake that even President Reagan made.

Blacks voters are not the property of the NAACP, and they need to be addressed directly as individuals, over the heads of special interest organizations that have led blacks into the blind alley of being a voting bloc that has been taken for granted far too long.

Whether other Republicans will re-think their approach to attracting minority voters is a big unanswered question.

Thomas Sowell is a columnist for WorldTribune.com. and a senior fellow at the Hoover Institution, Stanford University, Stanford, CA 94305. His website is www.tsowell.com.